skip to main | skip to sidebar

The Origin of Science

“Because I believe in science,” is a common retort of those who deny the supernatural. What is meant by this is that science has an exclusive claim on reason therefore anything outside of its domain is irrational. Religion is a superstitious vestige of a bygone era.

To a certain extent these skeptics are right. The religions of the world, for various reasons, have proven incompatible with science and most of their assumptions about the universe are at odds with what has been discovered. But there is one glaring exception: Christianity. Not only compatible with science, it was the Christian faith alone that provided its essential foundations.

That this is not common knowledge today is due to the predominant historical perspective that emphasizes the achievements of a later more secularized West while romanticizing its pre-Christian Greek and Roman heritage. The Church is portrayed as a repressive institution that actively stifled intellectual pursuits. By crafting this distorted narrative, contemporary academics fail to understand the circumstances in which science arose.

Historian and sociologist Rodney Stark helps clarify these circumstances. What follows is largely taken from his book, The Victory of Reason: How Christianity Let to Freedom, Capitalism, and Western Success.

Stark explains that science is theory and practice. It is an assumption about an aspect of nature coupled with supporting observations from the physical world. Both components are necessary. Theorizing without empirical evidence is mere speculation. Empiricism without theory is only exploitation. In all of human history, almost every effort to explain and control the material world has lacked one or the other.

The technological advances that occurred in China, Greece, and the Islamic world were significant. But they were not linked to testable theories. Therefore these achievements remained only useful observations and inventions. Alchemy did not develop into chemistry and astrology never became astronomy.

Stark quotes Charles Darwin to highlight the distinction between simple empiricism and science, “About thirty years ago there was much talk that geologists ought to observe and not theorize; and I well remember someone saying that at that rate a man might as well go into a gravel-pit and count the pebbles and describe the colours. How odd it is that anyone should not see that all observation must be for or against some view if it is to be of any service.”

Conversely, the celebrated theorizing of the Greek and Eastern philosophers that is held in such high regard was non-empirical. They never tested their postulations. For example, Stark cites Aristotle’s belief that the speed at which objects fall to earth is proportionate to their weight. This could have been disproved by “a trip to any of the nearby cliffs.” But this did not occur to Aristotle nor any of his fellow Greeks. (Although it should be noted that the brilliant Aristotle proved the existence of the unmoved mover, a philosophy of the divine attributes of God Himself. While this momentous accomplishment provided an understanding of the metaphysical foundation of reality, it did not take root in fertile ground.)

Why did intelligent peoples, gathering knowledge and experience for thousands of years, fail to wed theory and practice? The answer is because their belief systems prevented them from doing so. Their gods were either too inconsequential or too abstract. Most believed that the universe always existed and moved in never-ending cycles. Having no creator, it was “a supreme mystery, inconsistent, unpredictable, and arbitrary.” This was no worldview on which to base rational inquiry.

Various notions of a guiding force were vague and incomprehensible. Stark cites Taoism as a key example. According to its founder Lao-tzu, “the Tao is ‘always nonexistent’ yet ‘always existent,’ ‘unnamable’ and the ‘name that can be named.’ Both ‘soundless and formless,’ it is ‘always without desires.’” Such mysticism defined the Eastern religions. The Greeks “conceived of the universe as not only eternal and uncreated but as locked into endless cycles of progress and decay.” This view was paired with a belief that attributed agency to inanimate objects. If objects have their own motives, it does not follow that their behavior can be explained by physical laws.

Islam, which developed centuries after Judaism, sees Allah as the sovereign creator of the universe. This suggests a conception of nature that can be understood. But Allah is believed to be “an extremely active God who intrudes on the world as he deems it appropriate. This prompted the formation of a major theological bloc within Islam that condemns all efforts to formulate natural laws as blasphemy in that they deny Allah’s freedom to act.” At one point, Islamic scholars made significant progress in astrology and medicine but their advances had no theoretical basis. Further hampering their efforts was Muhammad’s alleged claim that his generation was the greatest and subsequent ones were steadily deteriorating.

The God that was revealed to the Jewish people changed everything. Astute historians have pointed out that the Scriptures are the only thing new under the sun. For the first time an entire culture recognized the omniscient creator of all things. The universe was not eternal and did not run in endless mysterious cycles. It was ordered by immutable principles that were bestowed by the perfect lawgiver. Time had a beginning and it moved in a progression. Individuals—a radically new concept—were fearfully and wonderfully made and, as a consequence, had inestimable worth. There was a purpose to everything and for the first time the idea of progress was embraced.

Historians remain puzzled as to why the Jews completely divorced themselves from the existing conventional wisdom and how they came up with such views. There is no earthly explanation. But as Thomas Cahill explains, the revelation that came to the Jews gave us everything including the very notion of history itself.

Although the Jews possessed the foundation for the development of science, their scholars did not immediately combine theory to practice. Stark attributes this to the difference between orthopraxy and orthodoxy. Judaism is best described by the former. It places a “fundamental emphasis on law and regulation of community life.” Christianity, however, is defined by the latter. It places a “greater emphasis on belief and its intellectual structuring of creeds, catechisms, and theologies.” 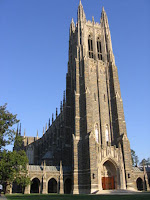 The reason for the distinction is that Christ’s incarnation, death, and resurrection fulfilled the Law. He frees all those who are willing from its impossible demands. This allowed theologians to focus on interpreting Scripture and using their ability to reason to understand God rather than dwell on legalistic codes of conduct. While they knew their comprehension was limited by their own human frailty, they believed it could be enhanced by intensive scholarship. This applied not only to things unseen but to the physical realm as well. Nature was God’s intricately designed handiwork. It had a logical structure that could be understood.

And so science was born as theology’s handmaiden. There is no need even attempting to list all the temporal advantages this understanding gave Europe. The average Westerner today is ignorant of science’s origin but he does not doubt its utility. He is more likely to deify it. Along with freedom and capitalism, it has given the West a standard of living so superior to other regions of the world that for many the excess has become embarrassing or even shameful.

But as we move farther away from science’s foundation can science be sustained? Of course this sounds absurd. Just because science required a Christian worldview and its progenitors confessed an “absolute faith in a creator God” does not preclude modern secularists, and others, from building on that legacy. For generations they have more or less done so. But the pertinent question is how will a post-Christian worldview change their methods?

Materialism has largely replaced teleology. Such a mechanisitic view of the natural world loses its intelligibility and the metaphysical truths that are necessary to connect scientific theory with reality. Science becomes arbitrary in its ethics and practice. The relativism of the modern world far better resembles Eastern mysticism than Christianity. And this gets to the crux of the matter. Stark quotes respected anthropologist Graeme Lang who dismisses the notion that Confucianism and Taoism were the reason science failed to develop in China. Lang believes that if Chinese scholars had wanted to do science, philosophy would not have been a serious impediment. Stark explains that Lang misses the point. Chinese scholars, immersed in their philosophies, did not want to.

I am reminded of an admonishment given by Christ, “For to the one who has, more will be given, and he will have an abundance, but from the one who has not, even what he has will be taken away.”
Newer Posts Older Posts Home